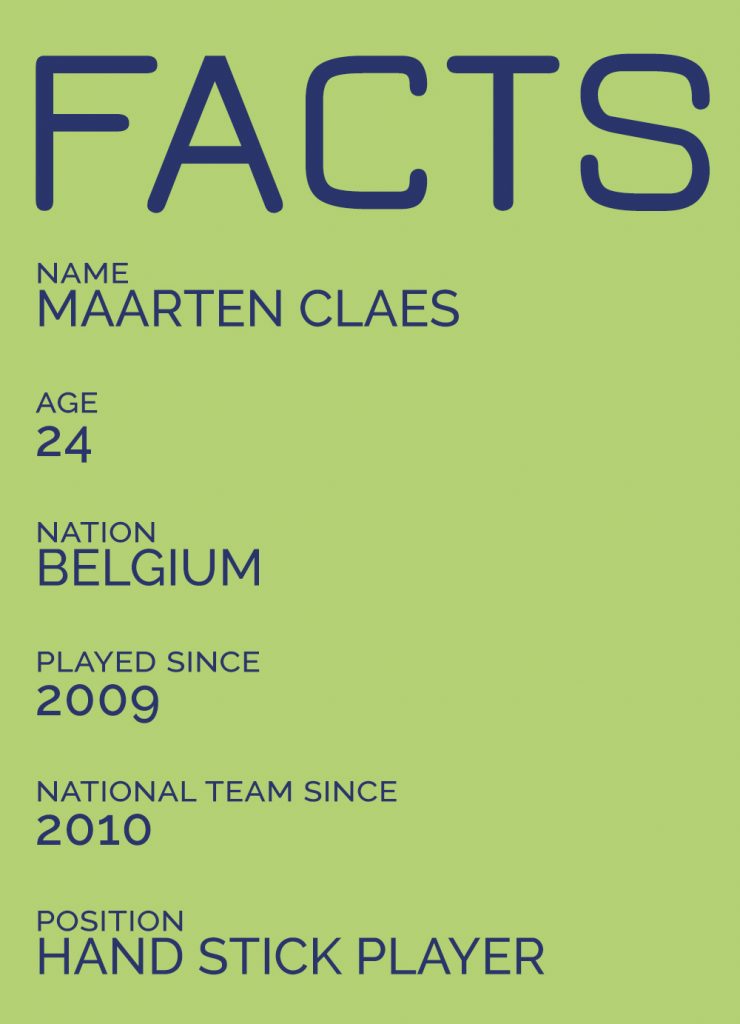 I got to know Powerchair Hockey via a teacher of my elementary school, she knew the sport and introduced me to it. What I love so much about it, is the fact that you can sweat on the field and you will cool down because of driving so fast on the field. Just kidding.
Just like a lot of other sports, Powerchair Hockey is a team sport. I like the fact that the end result does not depend on one player and is achieved by the combined efforts of players in your team.

I played Powerchair Hockey briefly in 2005, but didn’t play any games. I just trained a bit, and sometimes I was a goaltender (with a handstick). I then stopped and began my actual Powerchair Hockey career in 2009.

My favorite player is Kamal Tahtahi for the slower game actions. I like the fact that he is always so calm on the field! If you compare him to me, we must be quite the opposite of each other. He proves that you don’t need speed to make a goal, just give him an opening in the goal as big as the diameter of a ball and if he sees it, he will often score from quite a long distance.

I have had some funny moments with my wheelchair during the years. For example: I lost one of my big wheels while driving during a warm-up in Switzerland. Our goalkeeper didn’t know what was happening as he suddenly saw a wheel rolling over the field without a wheelchair attached to it. 😀 After that moment, I lost my big wheels another 2 times.
Another time, I lost one of my batteries while I was driving my wheelchair.

The best moment I experienced while watching Powerchair Hockey, was in my first year in the national team. I joined them to the World Championships in Italy. The final of that championship was played between the Netherlands and Germany. It was a very exciting game to watch and as both teams were equal to each other, there were extensions. As these extensions didn’t gave us a winner, they continued the game with a ‘Golden Goal’. The team that scored the first goal then, would win the game. In this case it was Germany who fought really hard for their very important goal.

As a player, I experienced my best moment at the semi-final of the European Championship in The Netherlands 2 years ago. Our Belgian team played a very good game against The Netherlands. Both teams were playing at a high level. Unfortunately, Belgium lost with only one goal difference.

Because I have played in a lot of countries already (Belgium, the Netherlands, the Czech Republic, Italy, Switzerland), I have had a lot of international contacts the past years. I think that might has influenced me in doing my real estate internship abroad.

My biggest goal in Powerchair Hockey is to play at the Paralympics.

18/12/09: This was my first league day in the Dutch 1st class of the southern region. There wasn’t a T-shirt for my size yet, so I wore one that was way too big.

No Replies to "INTERVIEW | MAARTEN CLAES"