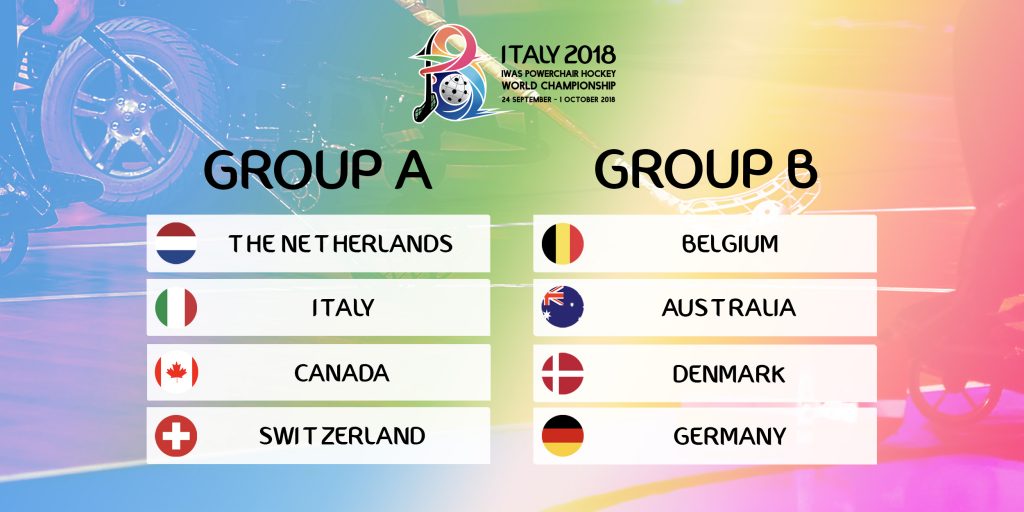 In under two months 8 nations will gathered in Lignano Sabbiadoro, Italy, to compete to be the next world champion.

In September last year, the 8 nations was divided in two groups, but as later reported Canada replaced USA after they had to withdraw.
It’s the first time we’re having North America represented at the World Championship as well as the first time we have three continents competing.

We’re also releasing a  fill-able version of the match schedule that you can download here and print out.