At the beginning the sport was known as Electric Wheelchair Hockey, and it emerged by accident.

Origins:
In the early seventies a few schools for disabled pupils started giving sports lessons. Because of the limited possibilities for the children, (mainly due to restricted muscle power), the chosen game consisted in using a hockey stick and a hockey ball of lighter material. Because of the similarity with hockey, the same name was used and the word “wheelchair” was added. Later on, the word “electric” was added to indicate that participants make use of an electric wheelchair.

The sport developed quite fast all over Europe, one of the biggest reason for that is that this new sport met and answered the need of many severely disabled people that were looking for a sport dedicated to them.

In December 1978 and 1979 two pilot-tournaments were held in The Netherlands, in 1981 competition starts and on the 26th May 1982, the first national championship ever was organized. It became a fact that also people with a severe disability can participate for the first time in a team sport. Despite the sceptic attitude of the medical profession (body-exercise could negatively influence the patients’ physical condition) it was shown and proved that practicing this sport stimulates one’s self-esteem and causes a positive effect to the players everyday life.

Electric Wheelchair Hockey soon stops being a rehabilitation tool and becomes accepted as a real sport.

In 1990 the World Games for Disabled took place in Assen (the Netherlands). This event gave EWH the honour to play a demonstration with a national team on an international event. Despite high expectations that this tournament would cause an international breakthrough this was not the case.

In 1991 the Dutch EWH team play an international match against the national team of Germany, but all those activities hardly caused further international development.

In 1998 an EWH Tournament was held for the first time in Italy (Milan). This showed that an increasing number of countries were interested and ready to host or take part to international events.

Finland took the initiative to organize an international meeting during this event. Several agreements were made concerning further international development, but unfortunately nobody fulfilled their pledges. The good thing was that the writing of a draft international Game Rules was started.

In August 2001 a big international PowerHockey tournament was held in Minneapolis (USA)  (11 teams from 6 different countries took place) this was the first chance to meet the USA movement that still preserves some relevant differences in rules and way of playing the game.

Both Finland and Germany indicated that they were willing to organize the second World Games for national teams, but because of organizational obstacles such international event has not taken place till 2004.

The International Committee for Wheelchair Hockey (ICEWH):
In 2000 the Dutch Committee International EWH (DCIEWH) was formed. In 2001 the DCIEWH drafted a business plan, which provided the basis for what is known as  the “Spanbroek meeting” (April 2002) during which five countries meet together. 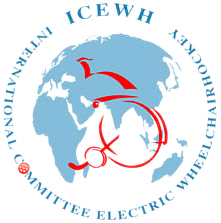 Here the ICEWH was founded and the first Executive Committee was installed.

Between 2002-2005 ICEWH  presented several documents, which guarantee the foundation of an official international movement for the sport.

Between April 2002 and December 2005, the ICEWH had organised six Sports Assemblies (named as Conferences until 2004) in five different countries. The total number of participating countries in the Sports Assemblies increased from five to ten (Finland, Italy, Netherlands, Czech Republic, Belgium, Germany, Denmark, Switzerland, Spain and Australia). Those countries were present once or more times and represented by one or two persons at the time. 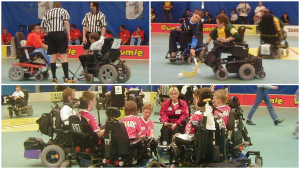 In the 2002-2005 period a total of four tournaments have been held. Two Four Countries Tournaments were held (The Netherlands 2002, Belgium 2003), one World Championships (Finland 2004) and one European Championships (Italy 2005). Apart from the events organized under responsibility of the ICEWH, a large amount of international tournaments for club teams were held.

Apart from the competition, ICEWH decided to organize the so-called Development Events focused on providing a sport specific education to athletes, trainers/coaches and referees.

The initiative for the first Development Event was taken in 2004; the first edition was scheduled for 2006. This investment in the future was and still is especially aimed at countries where EWH was not a widely known sport yet. To encourage Countries to host such events they might ask and receive support by means of the ICEWH promotional package, and via IWAS secretariat or Regional Offices. 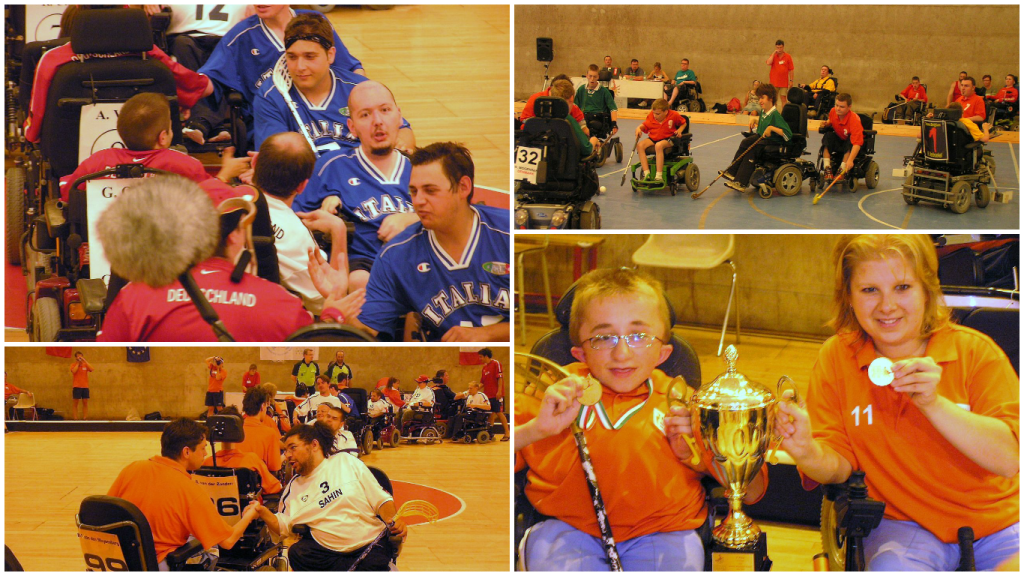 In the original business plan it was planned that EWH would get an official legal body in 2005, the IFEWH. The idea was that crating own federation would mean that EWH formed part of the network of the international adapted sports, allowing EWH to present itself on a wide stage. However, in 2004 it became clear that ICEWH did not have reached sufficient growth to manage an entire federation.

Moreover, much more emphasis was needed for the development of the ICEWH and EWH. One logical step was to integrate EWH within an already existing infrastructure. After approval from the Sports Assembly in June 2004, the ICEWH contacted the International Wheelchair & Amputee Sports Federation (IWAS). The contacts between ICEWH and IWAS were really constructive, resulting in a meeting in October 2004 where several agreements were made. In the following months the preparations were made so that in June 2005 the ICEWH and IWAS could sign an agreement of sports committee with provisional status. This was reinforced by the IWAS General Assembly in September 2005.

This all means that the ICEWH functions as a sports committee of IWAS, with IWAS being the legal body. By acting within the network and events of IWAS, ICEWH is assured to have a stage where EWH can be demonstrated and to receive qualitatively good support.

New name and current days:
In 2014 it resulted clear that EWH had to face the chance to develop further internationally and become an important international sport for people with severe disabilities and therefore some major steps needed to be taken.

The sport needs to be played in more nations and continents than it is now.

The name of the sport needs to fit in the current prevailing norms and values of international sports and needs to be recognizable for everyone.

At this moment the most essential and important part of the further global development of the sport was the name of the sporte, described as not user friendly and an obstacle in marketing terms.

The Sport Executive Committee, together with IWAS took the liberty to look for a better, clearer and more descriptive name for the sport that could be in line with that of other international Sport Organisations.

At the end the choice for the new name was: Powerchair Hockey

“Powerchair” is the powerful synonym for electric wheelchair;

“Power” is strong, force and dynamic;

“Powerchair Hockey” gives an identity to the sport that can link it to sport already know like Powerchair football and Hockey.

Therefore the name of the committee changed into IPCH – IWAS PowerChair Hockey.

A contest for drawing the new logo was launched and open to everyone from player to trainers, from officials to supporter, from relatives to volunteers. All received propositions from all over Europe were analyzed and discussed together with IWAS and the new logo was announced in spring 2015.